Start the summer off with a Folk Festival from Cate Park with the live performance from:

*In case of weather… TBA

Jazz Artist, Peter Cincotti has performed in some of the world’s most prestigious venues from Carnegie Hall to L’Olympia in Paris, collaborated with artists ranging from Andrea Bocelli to David Guetta, has been featured in blockbuster films such as Spiderman 2, represented the global fashion brands Ermenegildo Zegna and Tod’s, and just recently appeared as himself in Season 3 of the hit Netflix series House Of Cards, singing a duet with the president played by Kevin Spacey. 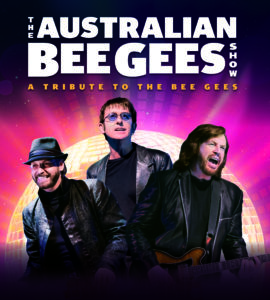 The Eagles are argued to be the Greatest American Band with Hotel California being the Greatest Album ever made. Craig Martin: Founder of Classic Albums Live, said “Classic Albums Live is simple in its quest: Note for note – cut for cut. When you have amazing songs, a perfect album, and a deep love of music – there’s nothing else needed ‘Hotel California’ features classic albums live at its best.”

These two are the funniest people in NH. Juston was born in Portsmouth and Carolyn is a Wolfeboro native… When NH magazine named Juston “Best of NH” they wrote, “The Granite State may have more famous comedians than you can shake a stick at (Seth Meyers, Sarah Silverman, and Adam Sandler to name a few) but no one really “gets” New England humor like Juston McKinney.”

Carolyn pulls material from the hum-drum, day-to-day monotony of the life of every man; and she does it well.  To Carolyn the monumental is easy… it’s our existence that’s so hard, yet so ridiculous.  Some women look in the mirror and complain that they aren’t pretty enough, not rich enough, not young enough.  Carolyn gives her reflection on the finger.

With a cast consisting of both stars from Broadway’s most celebrated rock musicals and incredible Rock & Roll singers, Neil Berg shares the often unknown stories from the fifty-year history of the music that changed the world forever!

Hailed as “the redheaded firecracker” (Stephen Holden, New York Times), Kate Baldwin was nominated for the 2017 Tony, Drama Desk, and Outer Critics Circle Awards for her performance as Irene Molloy in the 2017 Broadway revival of Hello Dolly!

Kate’s new show titled How Did You Get This Number? features signature songs from her acclaimed career including Finian’s Rainbow, Giant, Big Fish, and Hello Dolly! More from writers like Stephen Sondheim, Kander & Ebb, Frank Loesser, and long-time friend and collaborator Georgia Stitt fill the program with gorgeous music and expert storytelling.

“We suppose there are some things that Baldwin cannot do, but over the past decade we have yet to see her be anything but superb,” says Steven Suskin of Playbill.

“Kate Baldwin… is an absolute knockout. If Mary Martin was any better than this…well, let’s just say that I don’t see how she could have been. Not only is Ms. Baldwin a charismatic actor, but her concert-quality singing is as good as you’re ever going to hear in a musical.” – Terry Teachout, Wall Street Journal